Degree vs. Major – What’s the Difference between a Major and Degree?

Home » Best College Majors » Degree vs. Major – What’s the Difference between a Major and Degree?

by Joy Mays
What's the difference between Degree vs. Major? Do you have to have a Major in order to get a Degree? Your major is your area of focus. Your degree is comprised of general education and your college major.

What is the difference between a degree vs. major? Do you have to have a major in order to get a degree? 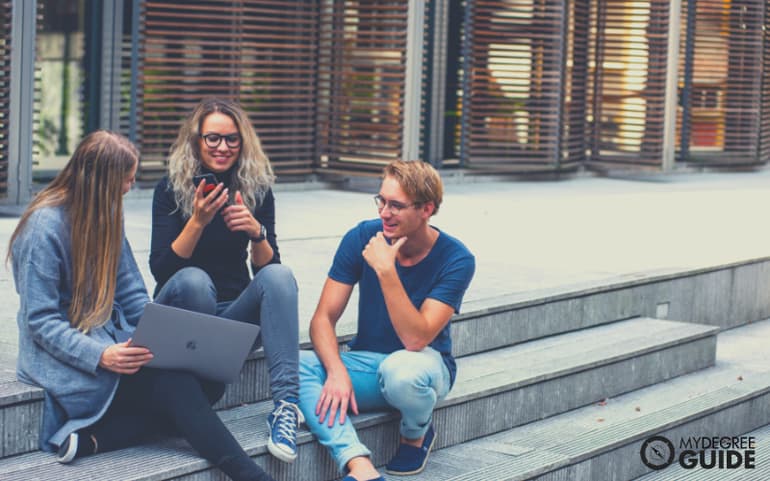 With the confusion surrounding the definition of a major vs. degree, having a solid understanding of the relationship between the two will enable you to make wise decisions about your education.

What Is a Major in College? 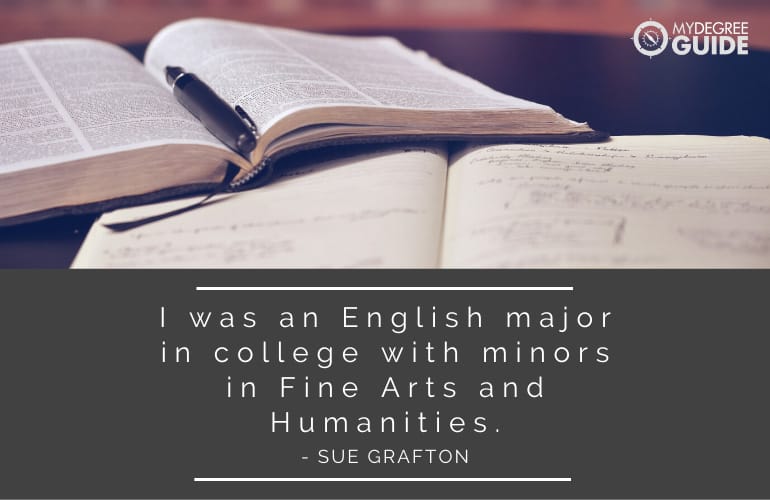 To earn a bachelor’s degree, you must declare a “major”. A major is simply a “major area of focus” for your college studies.

Sounds crazy that you spend such a small time on your area of focus, right?

Universities want to make sure that you receive a broad education that includes history, government, composition, natural sciences, ethics, and so on. These requirements are called “General Education” requirements. Typically, you spend your first two years in college completing these General Education requirements.

Here’s a simple formula, your bachelor’s degree is comprised of the following:

For example, I majored in Business Administration.

I completed all my general education classes like history and math, plus all the classes required in my college major like business law, economics, accounting, and so on. Once I completed all of these classes, I received my Bachelor of Arts in Business Administration.

College Major =  The Major Area of Focus for Your College Studies

To earn your Bachelor’s degree in Biology, you will likely have to complete some variation of these general education requirements (around 20 classes):

Once you finish all your general education requirements, you get the opportunity to really focus on your college major. 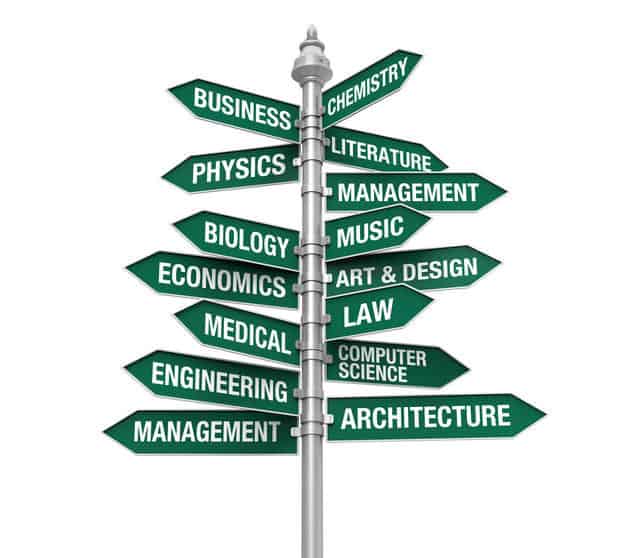 A major is made up of 36 credit hours with a predetermined number of required courses in higher-level courses. These courses are usually numbered in the 300 to 400 range. For example, if your major was biology, the course BIO 370 would be a high-level biology course that would fulfill one of the requirements of your Biology major.

There are a wide variety of majors available to study during your undergraduate career, as you can see in this list below of some of the most popular majors.

A major sets the focus and direction of an undergraduate degree, with all the other courses aligning around this core.

What is a Degree in College? 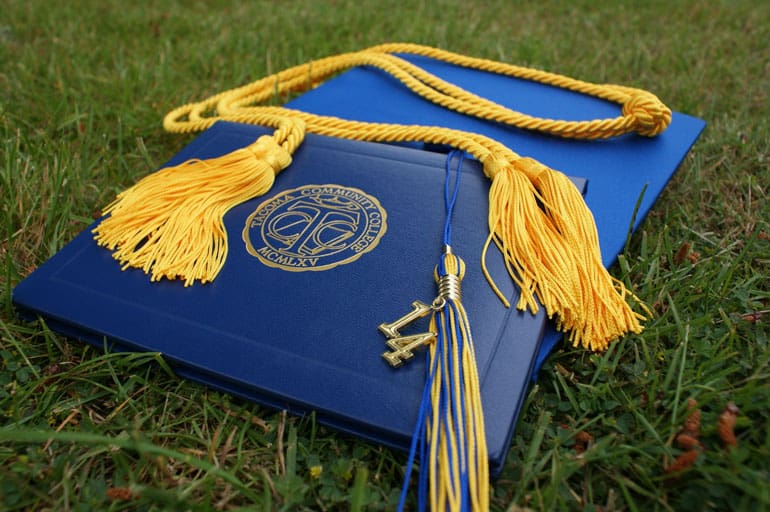 A degree and a major work hand-in-hand, with the major providing the focus while the degree provides an overarching structure and direction for your undergraduate studies. In order to complete a degree in college, it is required to complete a major as well as other additional courses to ensure that you receive a well-rounded education.

Some of the more popular undergraduate degrees can be seen in the list below:

An undergraduate degree allows you to partner the specialization of your major and with courses in other disciplines that build on and support the concepts you have learned in your major.

Degree vs. Major – What’s the Difference Between a Degree and a Major?

It is tempting to want to dissect and separate college degrees from a major and point out how they are distinctly different and in no way the same. But it is not that easy.

A major and a college degree are closely linked, though they are not the same thing. 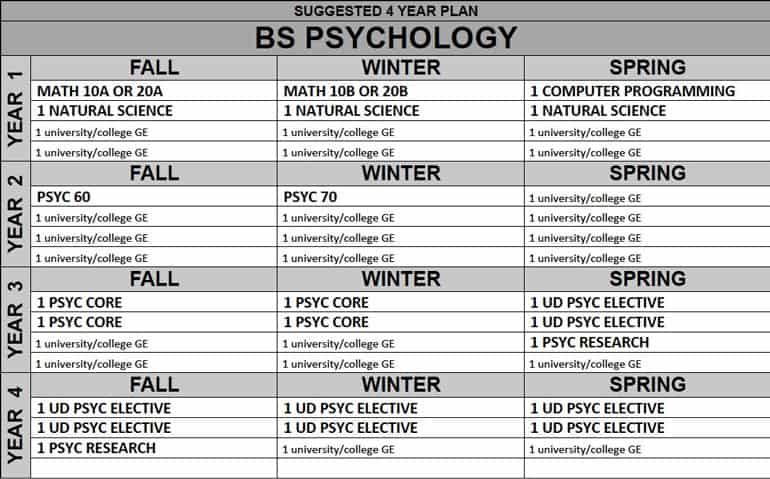 As you can see, the bachelor’s degree requires that you take a certain number of General Education (GE) courses. Once you’ve finished most of those, you can progress into your major courses (psychology). Once you complete all of these requirements, then you will be awarded your bachelor’s degree.

Another way to look at it is how a major gives you the tools in your belt, while your degree is the tool-belt that provides the support and structure for those tools. 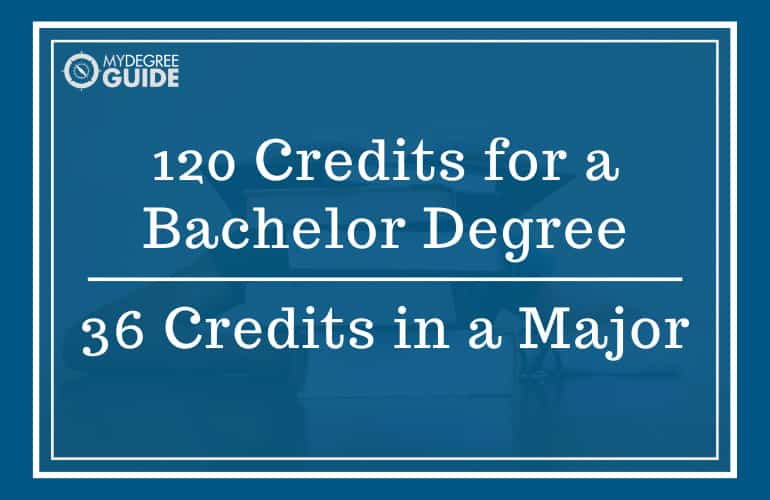 A major differs from an undergraduate degree in the number of college credits that are required for completion.

A major usually requires about 36 credits depending on the requirements of each university.

A college degree such as a bachelor’s degree is usually 120 credits, which includes the 36 credits of your major along with additional courses to provide you with a broad, interdisciplinary education.

If you want to spend more time studying your college major and less time in class completing general education requirements, there are a few ways to earn college credits quickly, including taking online classes that last only 6 weeks.

A Major is Required for a College Degree

If you intend to graduate with a bachelor’s degree that has equipped you for a career in a particular field, then it is essential to complete a major rather than dabble in whatever courses you like for a 4 year time period. It is nearly impossible to earn a bachelor’s without the formal structure of General Education requirements + College Major + Electives = Bachelor’s degree.

Not sure which major to pursue? Here’s a list of some of the most difficult majors and easiest college majors.

How Does a Major Support a College Degree?

Without a declared major, a college degree such as a bachelor’s is just a collection of courses in a variety of disciplines. However, with the structure and support of a clearly outlined major, your undergraduate education is transformed into a Bachelor’s in Criminal Justice or a Bachelor of Business Administration, etc.

Simply put, the 36 credits in your major are what distinguishes a Computer Science degree from a Political Sciences degree, or an Anthropology from a Psychology degree. 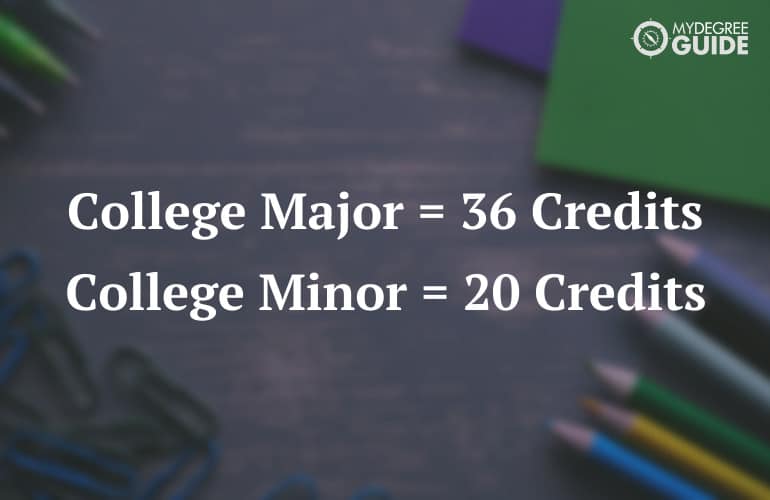 As the name suggests, the difference between a college major and a minor is the breadth of study. A major is the core focus of an undergraduate program, with 36 credits in courses that meet accrediting standards for a specific area, such as psychology.

In contrast, a minor is made up of less than 20 credit hours and often is more related to your personal interests, such as a minor in a foreign language while a major could be in chemical engineering. 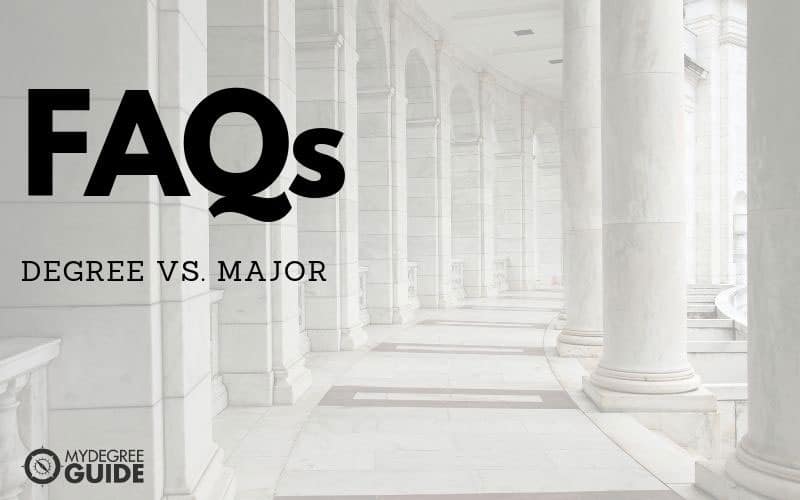 What Is a Course of Study Meaning in College?

A course of study in college means the schedule for how to complete a college program in a set amount of years. It includes all of the classes you need to take, along with how many electives you can choose. There’s usually flexibility in the order in which you take your classes, though some will have prerequisites.

What Is the Definition of a College Major?

A college major is your desired area of focus in your studies. It’s what you earn your degree in. Some examples are Business Administration, Early Elementary Education, Information Technology, and Spanish Language.

What Is the Definition of a College Degree?

The definition of a college degree is a qualification awarded to students after completing the requirements for a specific course of study. In the case of a bachelor’s degree, the two most common types of degrees are the Bachelor of Arts and Bachelor of Science.

What Does a Bachelor Degree Mean?

A bachelor’s degree means an undergraduate degree usually composed of 120 credit hours, awarded by colleges and universities after completing a course of study. Generally, it takes 4 years of study to complete a bachelor’s degree, but there are a number of accelerated degree programs offered online.

What Is the Difference between a Major and a Degree?

What Is the Highest Degree in College?

The highest degree in college is the Doctorate degree level, with Associate’s, Bachelor’s, and Master’s degrees preceding a Doctorate degree. A doctorate could be a PhD or other terminal degree, such as a DBA (Doctor of Business Administration) or EdD (Doctorate in Education).

In College, What Is Your Major?

Your major in college is the direction or focus that you study in your undergraduate program, with specific courses making up a 36 credit major. If you want to study Computer Science, for example, that is your major. Psychology students take Psychology as their major.

What Is a Degree Program?

A degree program is the course of study designed to meet specific objectives that will culminate in being awarded a degree, such as a bachelor degree. It’s the school’s requirements and class offerings you need to graduate with that degree.