Is a Political Science Degree Worth It? [2021 Guide]

Is a political science degree worth it? If you’re fascinated by the workings of government, politics, justice, ethics, or public policy, then you may consider studying the field of political science.

A bachelors in political science is versatile and may lead you to careers both inside and outside of government and politics.

As a political science major, you’ll have the opportunity to develop skills in research, data analysis, writing, and communication.

Is a Political Science Degree Worth It?

Yes, a political science degree is worth it for many students. The Bureau of Labor Statistics is projecting 5% job growth in life, physical, and social science occupations over the next 10 years.

Some careers that require graduate studies include lawyer, political scientist, and historian. You may start with a bachelor’s degree in political science and go on to earn a masters or doctoral degree that can provide credentials for high-level employment.

The knowledge and skills that you acquire in your bachelor’s degree program may translate to multiple careers in both public and private organizations.

For example, an online political science degree may lead you to a career as a market research analyst in various industries. It may also open doors to a fundraising job for a political party or a philanthropic, nonprofit agency.

Choosing a college major is not always a straightforward decision. Here are 3 different factors that may help you decide whether a political science degree could be a good fit for you.

1. You have a keen interest in government and politics.

Perhaps you’re fascinated by politics and the workings of government. You may be curious and want to learn more about how governments operate and how public policy affects the lives of all citizens.

Maybe you have an ambition to be a part of the world of government, politics, legislation, and the making of public policy. If any of these topics appeal to you, then you may consider a poli sci major.

2. You’re fascinated by global affairs and how governments of different countries interact.

In a political science degree program, you may focus on international relations as well as domestic government and politics.

You may pursue a diplomatic career, or you may work for a non-government organization (NGO) that brings aid to people around the world.

3. You want to lay the groundwork for law school or graduate studies. 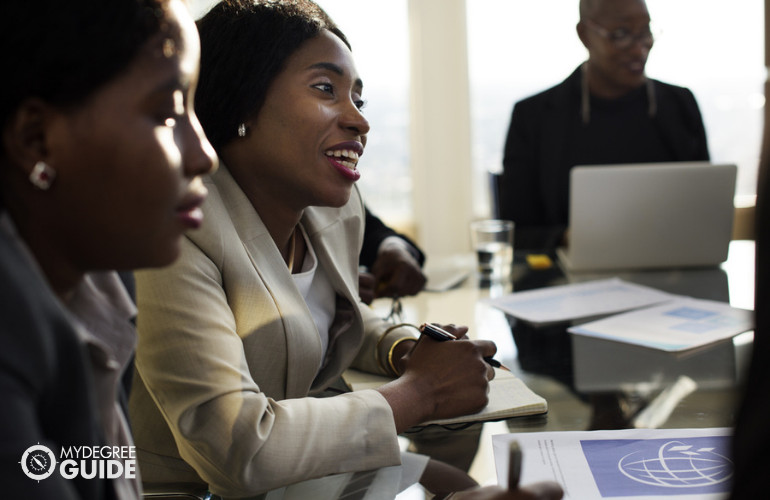 As you pursue a bachelor’s degree in political science, you may increase your abilities in research, writing, speaking, communicating, and critical thinking. These skills may assist you in your pursuits of graduate studies or law school.

To be a lawyer, political scientist, historian, or economist, you will need to pursue advanced degrees. A bachelor’s degree in political science can be a strategic first step for these careers.

5 Things You Can Do with a Political Science Degree

You may work in public relations to measure and influence the favorable public perception of an organization or political party.

You may write press releases and speeches and communicate with the public through social media and other media platforms. You may evaluate advertising and promotional efforts to determine the direction of an effort to sway public opinion in favor of an issue or political cause.

You may work for the political campaign of a candidate for public office. You may plan and direct the communication efforts that will promote a positive public image of the candidate.

You may organize events and promotional efforts across multiple media platforms to secure donations that finance the candidate’s campaign.

For many political science majors, the bachelor’s degree is a first step toward law school, where you may complete a doctoral degree and prepare for the bar exam.

At the bachelor’s degree level, you might step into a job as a legislative or legal assistant. You may assist lawyers by conducting research, gathering correspondence and documents, summarizing reports, and filing documents with the court.

As a poli sci major, you may develop skills in performing research, collecting data, and using statistical software to crunch the numbers and arrive at conclusions.

These skills may translate well to a career in market research analysis. Most industries and organizations employ market researchers to gather and analyze data that will forecast marketing trends and measure the effectiveness of promotional campaigns. 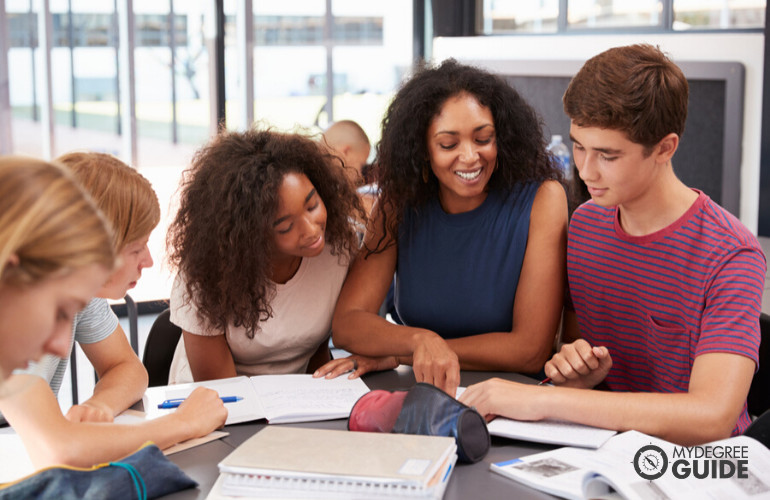 With a bachelor’s degree in political science, you may qualify to teach civics, economics, or government on the high school level.

To teach in a public school, you will likely be required to add the necessary coursework and internship experience to earn licensure or certification for teaching in your state. Many colleges offer post-baccalaureate programs that allow you to earn the appropriate requirements for teaching certification. 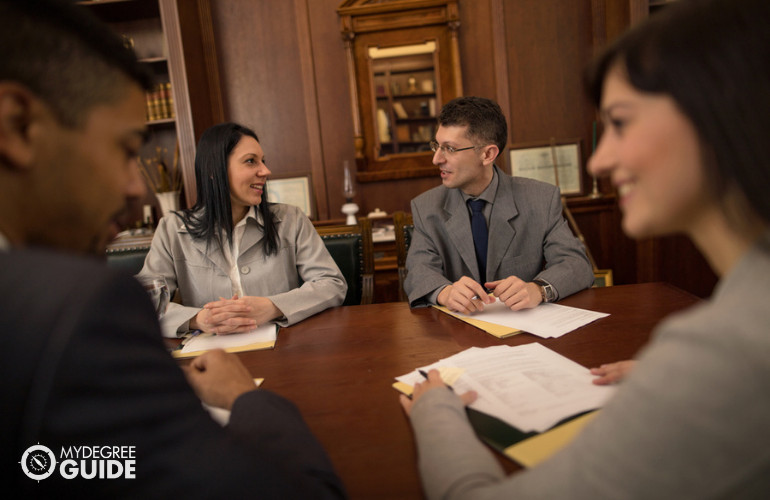 Depending on your specific interests and career goals, you might also consider these other degrees related to political science.

These are only 3 of many alternatives to a political science degree. Your personal interests and career ambitions may guide you to your ultimate choice.

According to the Bureau of Labor Statistics, you may pursue the following jobs with a degree in political science.

A bachelor’s degree in political science may be a first step toward a higher-level career that requires a masters degree or doctorate. Your political science salary may vary depending on your degree and experience.

Is Political Science a Good Major?

If you have ambitions to become a lawyer, political campaign manager, fundraiser, teacher, or news broadcaster, then political science may be a good major for you to consider.

What Are the Best Jobs for Political Science Majors Right Out of College?

You may also work as a reporter, news correspondent, or broadcast news analyst. Corporations and industries often hire market research analysts with bachelor’s degrees in political science, too.

How Much Do Political Science Majors Make? 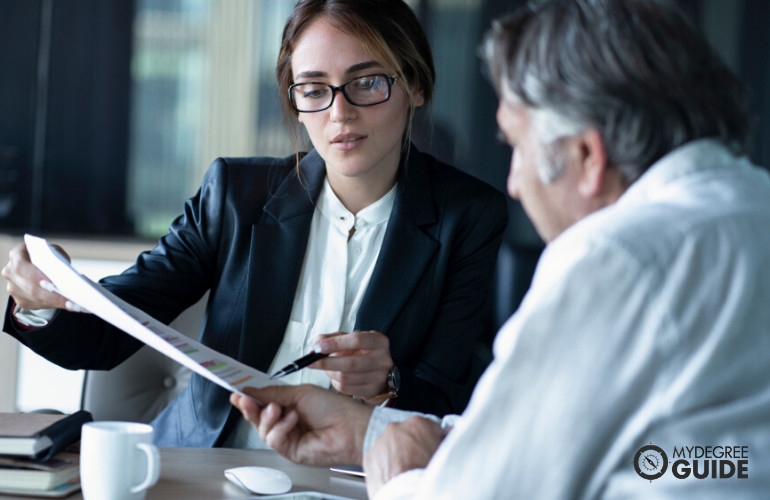 Median annual salaries for political science careers range from $49,000 to $126,000 (Bureau of Labor Statistics). Some of the higher-earning careers may require a masters in political science online or a doctoral degree, depending on the position.

What Jobs Can I Get with a Political Science Degree? 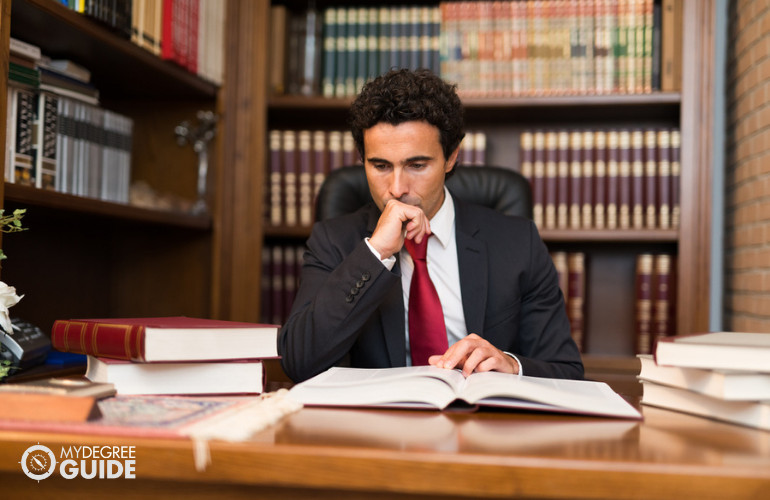 With a political science degree, you may qualify for jobs in government, international relations, foreign policy, or non-government organizations (NGOs).

This degree opens up a wide range of job possibilities in both public and private sectors. For example, you may work as a market research analyst for a profitable corporation or as a lobbyist for a nonprofit organization.

Completing your bachelor’s degree may also pave the way for law school or graduate school. A master’s or doctoral degree may help you qualify for a career as an attorney, political scientist, economist, historian, and more.

Should I Major in Political Science?

You might enjoy a career in political science if you’re interested in government, public policy, international relations, law, ethics, or related topics. A political science career may help you to have a wide-ranging, positive impact on others.

Is Political Science a Hard Major?

Political science is a social science, so the degree program does not require upper-level math or science courses like an IT or engineering program would. This major relies on reading, research, critical thinking, logic, writing, and effective communication skills.

In a political science degree program, you may take courses in government, American politics, research methods, political theory, and domestic and international policy. Through your coursework, you may develop skills as a writer, speaker, researcher, and critical thinker.

What’s the Difference Between a Degree in Public Policy vs. Political Science?

The study of public policy focuses on how and why policy decisions are made and applied in the interest of society. It covers how public policies are administered and how public resources are allocated and distributed.

A degree in public policy may qualify you for a career in public administration, where you may implement policies and manage public programs.

Political science is a broader discipline that covers the workings of government and politics on local, state, national, and international levels. Courses in this degree program cover a broad array of topics related to domestic and global politics and government.

What’s the Difference Between a Degree in Political Science vs. International Relations?

In broad terms, the study of political science involves examining governmental and political systems to understand their impact on society. Political scientists gather and analyze data to determine political trends. This degree can be beneficial if you’re interested in politics or a future career in government or law.

By comparison, the study of international relations focuses on global issues that impact societies around the world. These issues include human rights, international trade policies, and immigration. You may consider this degree if you’re interested in diplomacy, international security, or other careers that require a global perspective.

If you excel in research, writing, debate, and public speaking, you may want to pursue a BA in Political Science. If you’re more interested in the economic aspects of government and are proficient in math and science, then a BS may be a good fit for you.

Getting Your Political Science Degree Online

You may consider pursuing an online degree in political science if you’re interested in topics related to government, politics, or public policy. Many colleges and universities offer accredited online political science degree programs.

With online learning, you may get the same professors and quality of instruction as on-campus students without the extra expense and inconvenience of commuting to campus or moving to a new location.

A bachelors in political science may lead to a range of careers both inside and outside of government and politics. If you’re interested in this field, you may want to explore accredited online programs to find the one that best fits your current schedule and your future career goals. 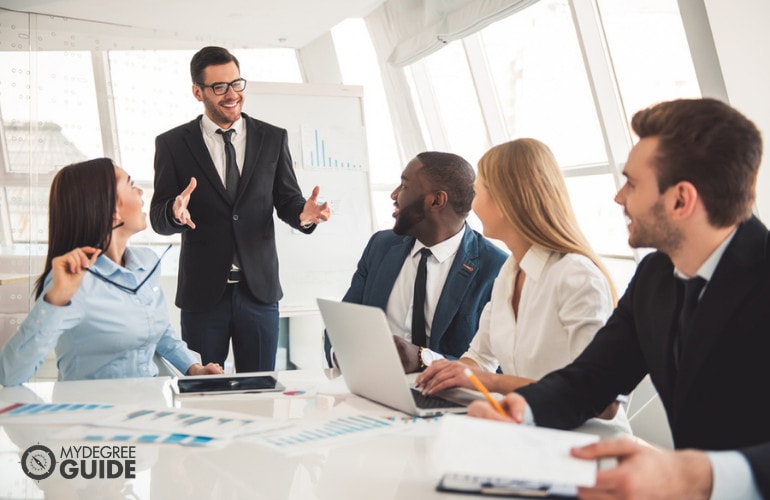 WRITTEN BY
Carol Benton
Carol is a retired college professor in the field of music education. She holds a Doctor of Musical Arts from Shenandoah University, a Master of Music in piano performance and a Bachelor of Music Education from Virginia Commonwealth University. Carol has many years of experience as a teacher and academic advisor for undergraduates.
Last Update : June 09, 2021